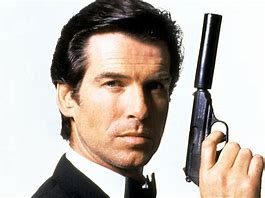 I was a young naive man who up until that moment when I met him, had no clue about the world beyond the sheltered life that I had lived. I was a bellman and shuttle driver at a hotel near the world’s busiest airport, Chicago’s O’Hare International. It was a slow Sunday and the hotel seemed to be very empty with little activity at all. A guest suddenly appeared and asked if I could get his package out of receiving and have it ready for him in an hour. Of course, I responded with an enthusiastic response with yes sir, right away. Of course, I was thinking “tip time,” that’s how we bellman made our living helping our guests with whatever they might need within our ability.

Little did I know that it was a slow day and all the managers had taken the day off after a hectic week and no one had a key to the receiving dock office. Frantic phone calls to said managers were to no avail either. As I pondered as to how to break into the locked room I had to proceed on my scheduled airport run to pick up incoming guests.

As a driver I loved interacting with guests finding anything out about them was always interesting and I was pretty good at starting conversations. I picked up only one guest on this particular run and he sounded like he had a British accent. I opened our conversation with how his day was going and he returned the question back to me. I have no idea as to why I would share the fact that I was about to face a very upset guest and didn’t know how to explain to that guest that I couldn’t help him. In giving this stranger a few more details he laughed it off, stating it sounds like something he would do and how many times he had locked himself out of his own house but had always found a way to get in. He offered to help me and not wanting him to get involved I somewhat said I’m sure we’ll get hold of someone with a key soon. We arrived at the hotel and he proceeded to check-in and I thought that would be the last of me seeing him. Five minutes later, he came back and said please, show me the room and maybe I can help you.

What possessed me I’ll never know, but I took this stranger to the back of the hotel and showed him the secure receiving door with its locked handle and deadbolt. He said this will be all right. Reaching into his inside jacket pocket he pulled out a lock picking set and quickly picked both locks without any issues. I know my mouth was hanging open and I was in shock. I looked into the room and discovered the box wasn’t even there, it was behind the front desk and no one had said anything. I stated, “what am I going to do with this open door”. He said, “it will be fine, I’ll lock them back for you”. Within seconds, this man had secured both locks and I turned to him and asked him politely, what he did for a living. He stated that he worked for the British Government, smiled and turned and walked away and I never saw him again. This was one of my first encounters with some very interesting people I have met over the years in my career in the hospitality industry.

Posts Related to The British Spy I Met

1 thought on “The British Spy I Met”