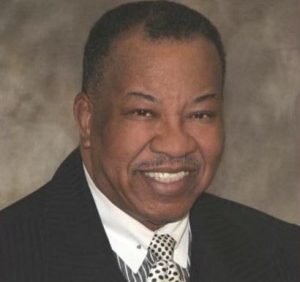 I was at the airport in Atlanta, either coming or going to a convention for the tourism industry and I would hear it. I could be in the middle of the convention exhibit hall and this booming voice would yell out for everyone to hear. “My Son My Son,” the voice would call and I knew who it was. He was my black father, he was Mr. Bill Williams. It was a sight to behold, my black father calling out to his white son. It was the 70’s and Bill and I had formed a strong bond together that wasn’t always appreciated by some people.

The first time my wife met Bill was also a shock in that, I hadn’t mentioned my “father”  to her. She was very curious as this black man called out for his son in the airport approaching me. His glowing praises to her about me, assured her I’m sure that she had chosen the right husband.

Bill and I formed our relationship while creating the Chicago Chapter of the Society of Government Meeting Planners. Bill was with the Chicago Convention Bureau and I was at the Congress Hotel, as a very young sales manager focused on the government market. Bill and I had an appointment one day with a group of Military Veterans to book their convention in Chicago. Our lunch meeting turned into seven hours in the bar with these gentlemen. I don’t think I even gave them a tour of the rooms, I had to leave. But we booked them and many other conventions for the city of Chicago over the years.

Bill had somewhat retired over the last few years but he stopped by almost weekly at our bar and restaurant in Hyde Park and as always, he would exclaim to everyone (which could be up to 100 people) who I was and they should all appreciate his son and what I had done for them and the city. For that my father, I am appreciative and will never forget you. I will miss you, my friend.

Posts Related to My Friend My Father

1 thought on “My Friend My Father”